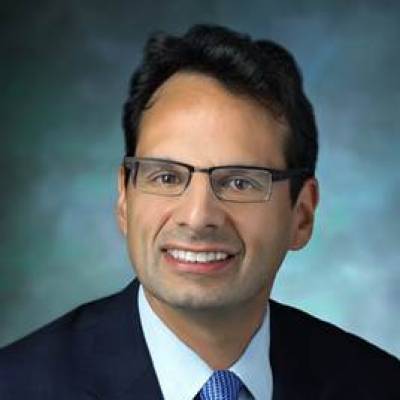 Immune regulation of injury and repair at epithelial surfaces

Dr. David Hackam is surgeon-in-chief of the Johns Hopkins Children’s Center and the Robert Garrett professor of pediatric surgery. A leading authority on necrotizing enterocolitis and other inflammatory bowel diseases in newborns, Dr. Hackam has advanced our understanding of how these severe and sometimes fatal disorders work. He is currently devising new ways to treat them, including an innovative artificial intestine for newborns made from a biodegradable scaffold and the infant’s own gut cells. He is also exploring compounds naturally found in breast milk that may help premature infants fight necrotizing enterocolitis.

Dr. Hackam studied applied math and genetics as an undergraduate at the University of Western Ontario, where he also earned his medical degree. He combined his lifelong devotion to pediatrics with a passion for surgery to study pediatric surgery, interrupting his surgical training to gain a doctorate in cell biology from the University of Toronto in 1998. After completing his internship and residency at Toronto General Hospital, he became a fellow in pediatric surgery at the Children’s Hospital of Pittsburgh in 2000. Dr. Hackam joined the University of Pittsburgh School of Medicine faculty as an assistant professor in 2002. In 2004, he became co-director of the Children’s Hospital of Pittsburgh’s Fetal Diagnosis and Treatment Center. He was named the Watson Family Professor of Surgery and professor of cell biology and physiology in 2010, and rose to associate dean for medical student research in 2011. He joined Johns Hopkins as surgeon-in-chief in 2014.

Dr. Hackam is the president of the Society of University Surgeons. His many awards and honors include a 2011 Hartwell Biomedical Research Collaboration Award to develop the artificial intestine.