The Rising Stars in Cell Biology Symposium will provide an opportunity for early career scientists (undergraduates, post baccalaureates, PhD students and postdoctoral fellows) from diverse backgrounds within the greater Baltimore area to present their research and network with peers. This symposium will include talks and poster sessions for trainees to exchange ideas and feedback with peers and senior scientists.

If you do not have research experience and would like to apply, you will be asked to describe how you will benefit from attending the symposium.

Please find the program for the event here. 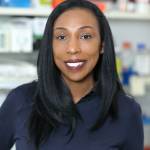 Dr. Kandice Tanner is a Senior Investigator and Chief of the Tissue Morphodynamics section at the National Cancer Institute (NCI), National Institutes of Health. She is also the co-director of the NCI-University of Maryland Partnership for Integrative Cancer research. She received her doctoral degree in Physics at the University of Illinois, Urbana-Champaign. Her post-doctoral training was done at the University of California, Irvine specializing in dynamic imaging of thick tissues. She was also a Department of Defense Breast Cancer Post-doctoral fellow jointly at University of California, Berkeley, and Lawrence Berkeley National Laboratory. Her lab is focused on the early stages of metastasis, when one or a few cells have disseminated from the primary tumor, survived migration, and entered distant organs. She has earned several scientific awards including the Young Fluorescence Investigator award from the Biophysical Society, and named as a Young Innovator in Cellular and Molecular Bioengineering by the Biomedical Engineering Society. She is also a Fellow of the American Physical Society for her contributions to the physics of cancer.